NOTE: This article was originally submitted for publication in Liberty Viral, but was not published for obvious reasons. There are some awesome folks over there doing great things and I encourage you to check them out. Links are provided below.

My political and personal journey has been a long one. As a kid, I played in punk bands and generally supported anything that would cause chaos. At the same time, I still always had an attraction to conservative politics, minus the social dogma that often went along with it. By my mid 20’s, I was an active Republican and even worked on some Republican campaigns in Virginia. As I put myself through college, had kids, and generally had more free time to ponder life, I evolved into a liberty leaning Republican and then a libertarian minded independent as the GOP became too fixated on social policy. Fast forward a couple of decades to this year’s Presidential race. I knew there was no way in hell I was going to support Dumb or Dumber from the two big parties, so I started looking at alternatives.  Constitution Party? Nope. They’re basically old school conservative Republicans who believe in fiscal and (most) personal liberty but with a big dose of religion to top it off. Green Party? Ummmmm, no. Social dogma from the left is just as bad  as social dogma from the right. Libertarian? Why not?!? I voted for Gary Johnson in 2012 and had voted Libertarian in a few other races in the past as well. This ragtag group looked like my people. Punks, geeks, political nerds, anarchists (and so many other -ists that will make your head spin) all seemed to form this unlikely alliance of liberty minded individuals and it drew me in. I ended up volunteering for the 2016 Austin Petersen Libertarian Presidential Campaign as his Texas Campaign Coordinator and I spent countless hours spreading his message of liberty. I have a great deal of respect for Austin and will continue to, even as I make my transition into the unaffiliated political abyss.  My networking also led to a writing gig as a contributor for Liberty Viral . 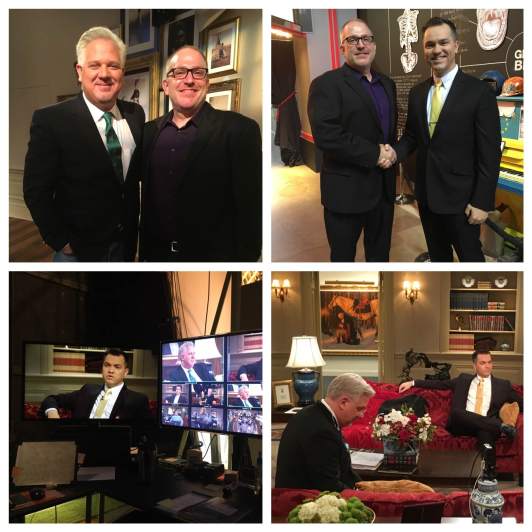 Now that my boring background in politics has been mapped out, let’s talk about what brought me to the point of shutting things down, both from the liberty movement and from contributing to Liberty Viral:

1. The Libertarian Party is Just Like Every Other Political Party

The Libertarian Party sure looked like a good home for this stubborn, gun toting, socially tolerant, educated, aging punk who has a couple college degrees and likes to keep as much of his hard earned money as possible. So, what happened? I’ve been around the block a few times and I know I’m not going to agree with everyone on everything. I’m DEFINITELY not going to agree with any political party’s entire platform. That would just be weird, or at least too much of a herd mentality for someone like me. What I didn’t expect was the hate and vitriol that permeated much of the campaign season – and this was going on between members of the same party. I know the Libertarian Party is quite different in that it includes a lot of different factions, but the behavior bordered on outright silly at best, and vile at worst, all the way through (and after) the convention. Seriously, if I wanted back stabbing and drama I would have just gone back to the GOP!

2. Lots and Lots of Bitching

I had about eight different wordings for this header, but this one ultimately summed it up the best. As I started adding Libertarian “friends” on various social media sites, I realized that my feed was chock full o’ endless whining and almost zero tangible solutions. Hell, I even caught myself doing the exact same thing a few times. It’s really fucking easy to say you want to abolish the government, or end the Fed, or privatize everything, or eliminate all taxes, but it’s another thing altogether to propose a tangible way to get there. If you’re going to bitch and moan about everything and offer no real solutions, you might as well save yourself some time and just register as a Democrat. Seriously. Side note about the whole bitching complaint: Calling everyone you disagree with a “statist” accomplishes absolutely nothing. In my time as a dues paying Libertarian, I’ve been called everything from a “statist” to a LINO (Libertarian in Name Only) to a Republican infiltrator. Do I care? Not really. It’s kind of fun to see people get so riled up that they resort to name calling. On the other hand, it’s not a great way to build a legitimate political party, much less a political movement that needs supporters to be relevant. In addition, there are quite a few members of the party who don’t even WANT it to be relevant. They want to forward the ideas, but not focus on winning. I can’t wrap my head around that. There are some wonderful folks in the Libertarian Party, but they often get overshadowed by the whining assholes. 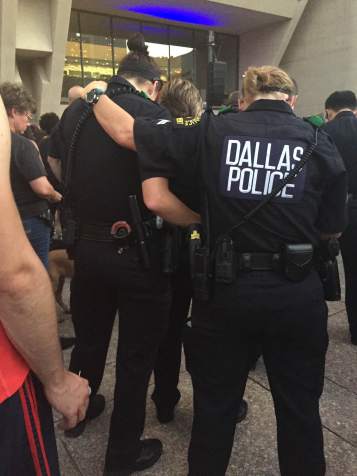 Many of my reservations about parts of the liberty movement came to fruition during the recent execution of police officers in Dallas. I live in Dallas (very close to where the shootings took place) and I have family members who work in law enforcement. I know my sister-in-law will stay strong for her husband as he goes to work patrolling the streets of Fort Worth, while she will probably have to try to unwrap that knot in her stomach, all while he gladly goes back out there to put his life on the line to help keep us safe. I remember the decades of my brother missing family vacations when he was a homicide detective because he was called in for an investigation or the risks he took serving as a SWAT Team leader. I watch my son, who is about to turn 21, seriously ponder going into law enforcement himself. I know that I will have that same knot in my stomach as his shift starts and one day he will have a wife and children who will pray for his safety as he risks his life to make our city safer. What I saw coming from the liberty movement in the aftermath of these shootings included the sickeningly overt things like memes saying “12 Terrorists Shot in Dallas” to slightly more subtle things like “If you work for the state these things can happen” (see the whole statist messaging happening again?) to the wry, but equally disturbing, veiled approval of what happened. I’ve seen many libertarians (upper case and lower case) say things to the effect of, “I don’t condone the death of these officers because of the NAP (I could write a fucking novel about the non-aggression principle), BUT (blah, blah, blah)….” My tipping point was actually an opinion piece on Liberty Viral called, “Exposing Blue Privilege: America’s True Protected Class.” Sorry, I’m not going to link it here but you can find it. The lack of respect for human dignity that accompanied the release of that article just a couple of days after the shootings in Dallas left me physically ill. I read it over and over again trying to find a satirical bend to it or a twinge of irony, but it wasn’t there. Should the publication that I contribute to be able to release whatever they want? Of course! Do I have to agree with everything that my publication releases? Hell no! I do, however, expect a little human decency. Statists didn’t die in Dallas. Evil doers didn’t die in Dallas (except for the asshole who did the shooting). Fathers died. Sons died. Sisters and daughters and friends died. More importantly, people who take an oath to protect the public died while protecting peoples’ right to protest against THEM!! Would it be too much to wait a little while before going there?

If this article gets published by Liberty Viral, I will fully expect to get called all the names that I mentioned above plus a slew of new and very clever ones because libertarians are smart and creative folks. I’ll get some nasty comments made online and will probably receive some private messages as well. I’ll get unfriended by some and some people will show support. That’s fine. I really don’t care too much, except that I do care. I really wanted this to be my new home, both in the Libertarian Party and at Liberty Viral. It’s not and that’s okay. I’ll pull up my big boy panties and keep on keeping on. What I ask of libertarians is this: Try to stay positive. The message of liberty is one of hope, individualism and hard work. Don’t attack people just because their brand of liberty is a little different than yours. Offer solutions and stop bitching. You can’t get from A to Z without visiting the other 24 letters in between. In utopia, you can jump right to the last chapter. In the real world, you have to get there in increments and even compromise (gasp!) sometimes. Finally, don’t let your quest for liberty let you forget about the sanctity of ALL human life – even those “statists” in blue uniforms.

I’m outta here. Keep fighting the good fight and know that I’ll be out there, independently, doing the same thing. And hey, vote for Gary Johnson. He’s not perfect by any stretch, but the thought of him in the Oval Office doesn’t give me cold chills like the other two.